Here’s How We Can Differentiate Between Cannabis, Marijuana, Hemp & CBD Oil 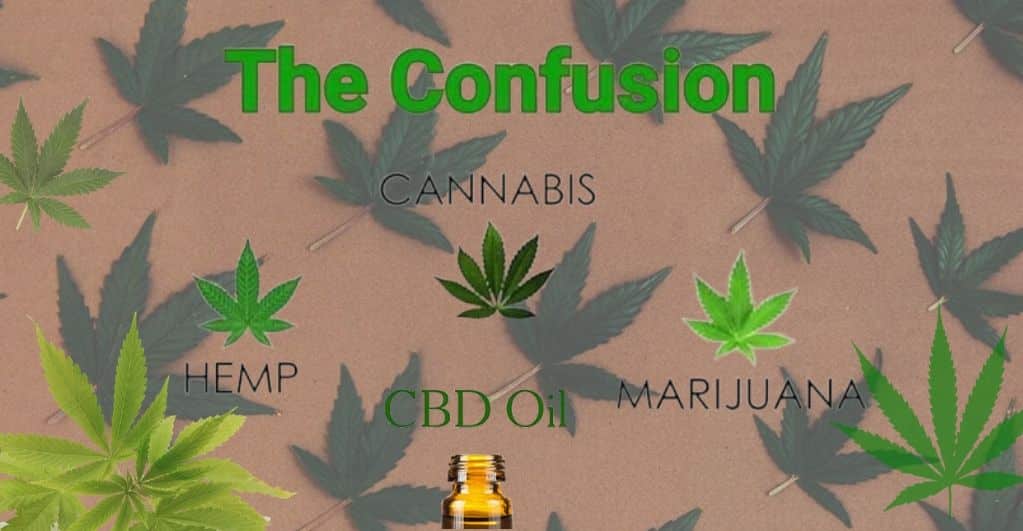 Cannabis is one of the newest trends in the healthcare and wellness industry. It offers a range of medicinal benefits, especially when it comes to mental wellbeing and psychological health. The plant is used to cure disorders like anxiety, schizophrenia, depression, and epilepsy, among others. In fact, this wonder plant has been proving quite effective in stopping the spread of cancer in pre-clinical trials too.

CBD oil is the most popular extraction forms of Cannabis. When CBD is extracted from the Cannabis and diluted with oil (hemp seed oil or coconut oil), we get end product in terms of CBD oil. The primary reason behind its popularity and wide acceptance is the fact that it doesn’t have a very active psychological effect. In other words, it is not very psychoactive, which means you will not get habitual to its use. According to the World Health Organization (WHO), CBD oil can be used to treat the number of psychological disorders and administered orally or in tincture form.

Marijuana, quite the opposite of CBD oil, has been stigmatized and banned by governments across the globe thanks to its popularity among smokers and abusers. Yes, the impact of marijuana is intoxicating, but then this can be extremely helpful for a particular category of patients. That said, the long-term negative implications of smoking marijuana are well-established and documented.

Hemp, unlike Marijuana, has mild impact and won’t get you high with its usage. The psychological impact of Cannabis is determined with the help of its tetrahydrocannabinol (TCH) rating. The primary difference between Marijuana and Hemp is the percentage of TCH – the cannabis plant having more than 0.3% TCH is classified as Marijuana, while plants having less than 0.3% TCH are categorized as Hemp. It is quite obvious then that the seductive and hallucinating impacts of Hemp are far less mild than Marijuana.

As you might have now figured out from the discussion, cannabis is the family name given to plants of Marijuana and Hemp in addition to some other members in the group. It comes across as a softer term and wellness-experts around the globe use Cannabis to suggest medicinal properties of hemp and marijuana.

Out of the different varieties of cannabis, Marijuana has a strong sedative impact. When used in moderation and clinical supervision, Marijuana can have a therapeutic effect, which can prove extremely useful to alleviate stress and anxiety. The research is currently going on to find more medicinal uses of Marijuana apart from being stress and anxiety-relieving drugs. The high level of TCH in Marijuana is responsible for its sedative effect, although its doses must be administered under a healthcare professional. As mentioned above, smoking marijuana is harmful as exposure to a higher degree of intoxication will lead people to become habitual and obsessive with the plant.

CBD oil, on the other hand, is less controversial and enjoys wider acceptance in the healthcare industry. It has some important medicinal characteristics, such as being anti-inflammatory, which is extremely useful in curing joint pain. It is also mildly analgesic in nature, which means it can alleviate the sensation of pain by working on your mind and senses. What’s more, researchers have also found some pieces of evidence where CBD oil has shown promising characteristics against the menace of cancer.

The regulatory framework is largely against Marijuana, although the same is not true for CBD oil. However, the Food and Drug Administration (FDA), one of the US’s federal agencies, has warned the people that it hasn’t been able to confirm the long term safety aspects of CBD oil. While many celebrities and socially influencing people are promoting CBD products, it is still a concern for many policymakers to ascertain the long term impact of Cannabis family plants on human health. While some US states have legalized the use of Marijuana, but that has been done only for the medicinal or therapeutic usage.

Cannabis family has a range of medicinal properties that can be used to cure patients, especially the ones suffering from mental disorders. The plant is used in a number of medicines; however, due diligence is necessary and the medicines containing these herbs must only be administered under the supervision of trained healthcare professionals.